Feel free to discreetly disseminate our primer on the basics of unhooking a bra, and, for those up for the challenge, an advanced course on how to take off a bra with one hand. 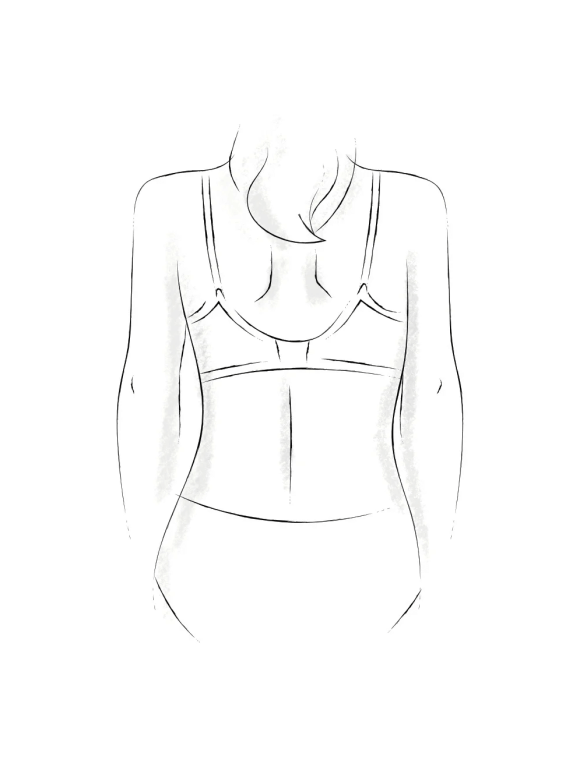 The Basics: How to Unhook a Bra

Women start wearing bras somewhere in early adolescence and usually upgrade fairly quickly from the pullover training bra to a style with either front or back closure.  Daily wear gives us lots of practice on both putting one on and taking it off, plus we typically leverage both hands to quickly release the hook(s) and eye(s) or clasp.  Here’s how we do it:

Place One Hand on the End of Each Strap

Most bras have a back closure, featuring a hook and eye connection in the middle of your back.  Once you’ve found this spot, place one hand on each side of the clasp, holding the portion of the strap nearest the clasp.

Push Both Sides in Towards One Another

Next, push the straps inward towards one another, creating space and a bit of give (don’t pull the straps away from one another as the hook and eye need to be separated first).

Slie the Right Side Towards You

Keeping the left side (the one with the “eye” or loop like end of the connection) stationary, slide the hooks on the right side strap toward you to release the clasp.  Note: you may need to repeat this motion if all of the hook/eye connections don’t release at the same time (most bras have two however it can range from one to five).

Sounds simple?  Great, let’s move on to the tricky part…

Advanced Course: How to Take Off a Bra With One Hand

Now that you’ve mastered the two handed bra removal, you’re ready to try your hand at taking a bra off with just one.

Place Your Fingers on One Side of the Clasps, Thumb on the Other

Start by placing your middle and index/pointer fingers on one side of the clasp, underneath the bra band, and your thumb on the other side, on top of the band.

Gently Pinch Your Thumb and Fingers Together

Next, imagine you are picking something up with just these three fingers and gently pinch both sides of the bra clasp together.

Slide the Right Side Out from Under the Left Clasp

Keeping the eyes of the clasp stationary with whichever fingers are on the left side of the closure, slide the hooks on the right across to free them.  Success!

Quick note on front closures: if a bra features a front clasp rather than a back closure, it will be located between the two breast cups and typically involves one side snapping into the other.  Usually a two handed operation, unsnap by lifting each side up towards you.  Pull the sides in opposite directions, one up and one down, until the clasp releases and the bra can be removed.

Home > How to Unhook a Bra