Sharing a name with the structural element most typically found extending out from a building, the “balcony” or “balconette” bra (terms used interchangeably) is designed to lift while shaping.  Original designs from the 1930’s featured a straight neckline, however today’s more modern take typically has an angled cup, often with lace or mesh detailing over the top.

What is a Balconette Bra?

Distinct from a demi cup, the balconette style features wider set straps and slightly less coverage due to shorter cut cups.  Both the strap and cup design are meant to naturally enhance one’s cleavage. Well suited for shirts and dresses with low cut, sweetheart and square necklines, there are a variety of types of balconette bras.  Let’s explore the most common:

Most Common Types of Balconette Bras 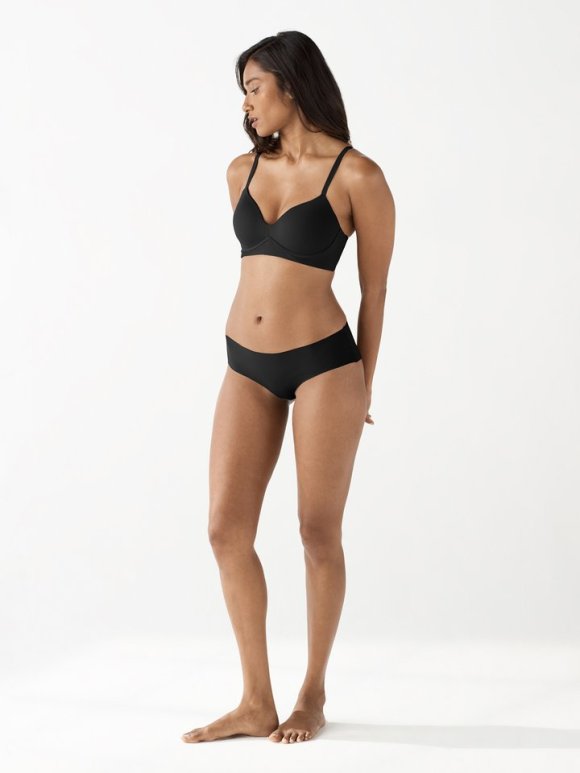 Adding a bit of padding to the balconette’s already natural cleavage enhancing cut can send a push up or supportive style into pin up girl territory (after all, Marilyn Monroe brought it into true popularity in the 1950’s). 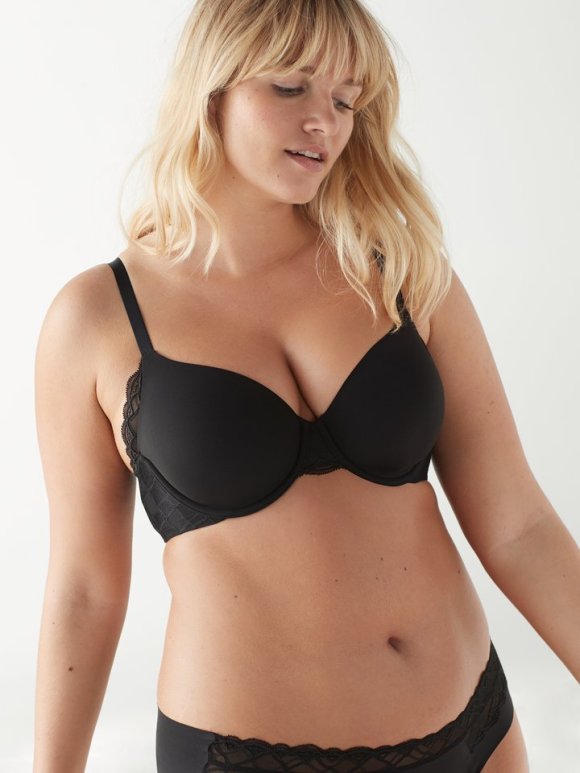 With a silhouette that lends itself well to embellishment, the balconette is well suited to lacier designs, even in full coverage styles.  Lace balconette bras typically marry beautiful stretch lace with practical smoothing fabric to move with you, maximizing comfort and support.

Quite the opposite of adding padding, the unlined bra eschews it for a more modestly sexy appearance. Beautifully intricate, the unlined balconette bra is perfect for your next night out…or in.

In addition to the trademark wider set shoulder straps, the balconette style lends itself to the addition of embellishment straps across the top of the cups and/or on the sides of the bra.  More fashion than function, these extra straps draw further attention to areas the bra itself does not cover, making this a great date night option.

A shelf bra can be completely open cup or offer moderate nipple coverage.  While the former is typically reserved for lingerie exclusively, the latter can offer support and maintain lift when paired with extremely low cut dresses or tops.  Both are based on the balconette silhouette, with the major difference in the range of breast coverage.

Home > What is a Balconette Bra?